Robert O’Hara Burke and William John Wills are two names you’ve probably heard before. Together with John King and Charles Gray, they became the first Europeans to cross Australia south to north in 1861.

A year earlier, when Burke and Wills were appointed as Expedition Leader and Deputy (respectively), they each sat for a photo that would become an iconic part of Australia’s history just a few years later. In our upcoming auction of Rare Books, Photographs & Works on Paper, we have a copy of each of these photos up for sale, so we thought we’d give you a little refresher on who Burke & Wills are and what a Carte de Visite is.

Expeditions were a big thing!

The gold rush in Victoria had just gone into full swing in the 1850s, and many wealthy Victorians wanted to spend money on exploratory expeditions. There were three main reasons for this; scientific discovery, seeking new grazing land and finding a route for an over-land telegraph line. The Victorian Government and the Royal Society of Victoria had a reputation for being the most “advanced” colony and wanted to keep it that way. One way of achieving this was by funding the “Victorian Exploring Expedition,” one of the most expensive expeditions in Australian history. They aimed to be the first to travel across Australia, South to North.

Who are Burke & Wills?

On the 6th of May, 1821, Robert Burke was born to an Irish-Protestant landowner in Ireland. Burke served as a lieutenant in the Austrian army until he requested discharge in 1848. He joined the Irish Mounted Constabulary (the Irish police) in 1848 and served there until he left for Australia in 1853.

After arriving in Victoria, Burke gained work in the Police Force. Initially, he was an acting inspector at Carlsruhe, then a senior inspector at Beechworth, where he eventually became the superintendent of the Castlemaine district.
He took leave in 1860 after applying to join the exploring expedition tasked with making it across the Australian continent, from south to north, for which he was appointed the leader. Some said that Burke only joined the expedition to impress an actress he fancied. On Burke’s application, a fellow officer said of him, “[he is] a most active man, and very strong … kind and gentle in his manners”, but he was also hot-headed, wilful, and ambitious.

“I hope we shall be done justice by. We fulfilled our task but we were … not followed up as I expected and the Depot party abandoned their post … King has behaved nobly and I hope he will be properly cared for. 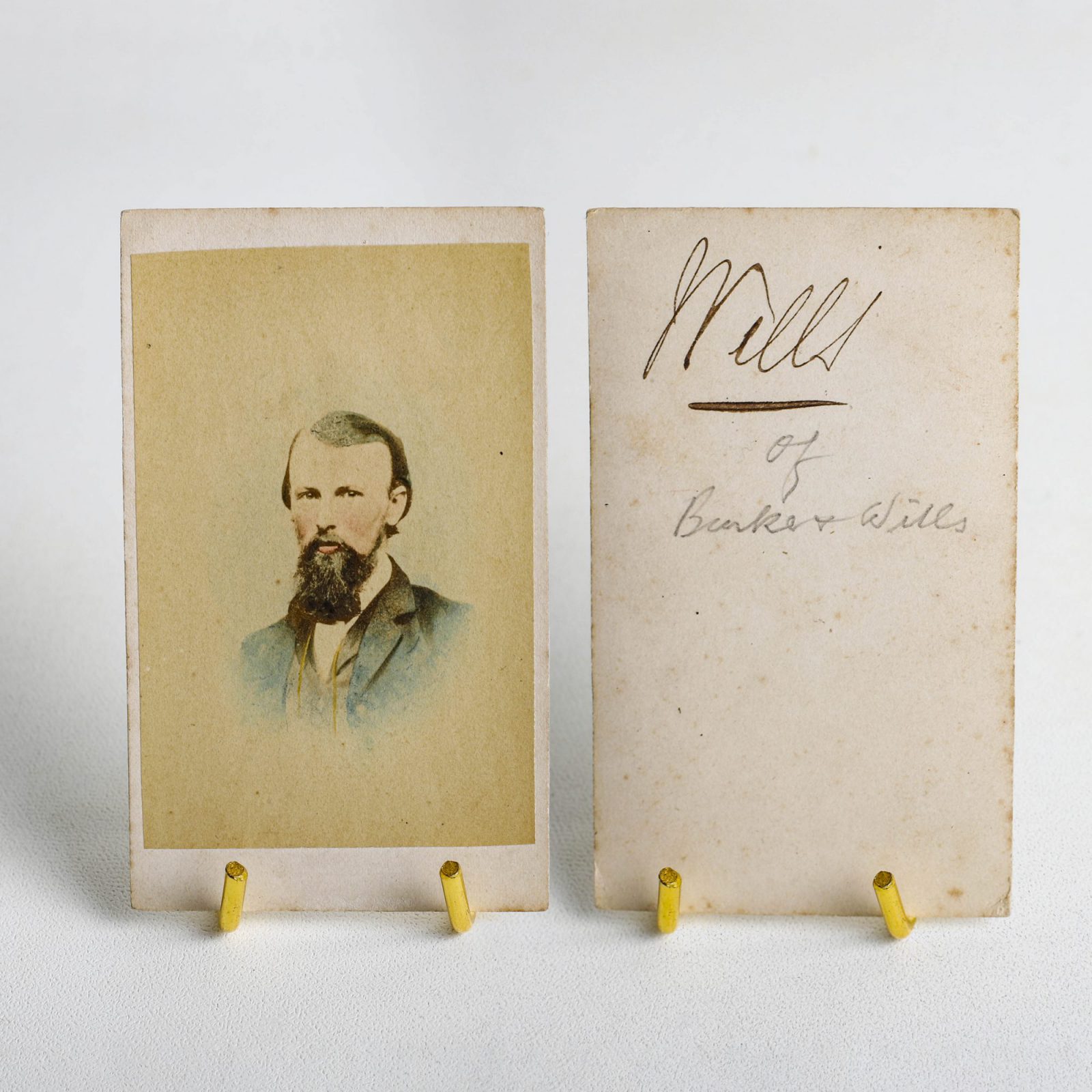 William John Wills was born in Totnes, England, on the 5th of January in 1834. He was the son of a doctor and, before moving to Australia, trained under his father to become a doctor. Initially, it was his father that was interested in Australia, investing in the Melbourne gold-mine industry. In the end, only William Wills and his brother would migrate to Australia. They arrived at Port Phillip in the Janet Mitchell on the 3rd of January, 1853. They worked as shepherds in New South Wales, where their father would join them later that year.

The three travelled to Ballarat, where Wills assisted his father with a medical practice. Eventually, Wills worked at astronomical and magnetical observatories as an assistant. He joined the exploration expedition after encouragement from his boss, Professor Neumayer, who was also a member of the Royal Society of Victoria. Burke ended up choosing Wills as a surveyor, astronomer, and third-in-command. After reaching Menindee, Burke’s lieutenant, George James Landells, resigned, so Burke promoted Wills to lieutenant.

On the 20th of August 1860, watched by 15,000 people, Burke and Wills departed Royal Park in Melbourne with their team of 19 people. They took 25 camels, 22 horses, some wagons, two years’ worth of food, 80 pairs of shoes, beds, hats and buckets, firewood, 50 gallons of rum to revive the camels when they were tired, and an oak table.

It took them eight weeks to reach Menindee (645.16km north-west of Melbourne), where Burke decided to leave most of the equipment and some of the group under the charge of William Wright. Wright was a Menindee local who was incompetent, unreliable, and barely literate. Burke gave Wright clear instructions to follow them as quickly as possible, which would prove to be a mistake.

From there, Burke and his party travelled 644kms to Cooper Creek (knownCamp LXV) in Western Queensland, which took them another two months, arriving on the 11th of November.

Burke waited five weeks for Wright to arrive at Cooper Creek before deciding to move on, splitting up the group for the third time in December. He set off with three others (William Wills, John King, and Charles Gray), six camels, a horse and three months of provisions, towards the Gulf of Carpentaria. Burke left William Brahe in charge of the Cooper Creek depot and four of the men.

While Burke and his small troupe were heading for the Gulf, Wright’s party had finally headed off to Cooper Creek to drop off the supplies – three months since Wright had been instructed to bring supplies, and even then, he managed to get lost and lose half of his group.

Headed for the Gulf

Burke’s party took two months to arrive at the Bynoe River, not far from their destination. Burke and Wills decided to leave the other two behind and attempt to walk to the ocean. Unfortunately, they were unable to find a way through the mangrove swamps. They made it close enough to taste the salt water, though.

They walked 12 hours every day, with only one day of rest over four months. By the end, they had almost no supplies left.
On the 17th of April, 1861, four months since leaving Cooper Creek and seven months since departing Melbourne, Charles Gray died of malnutrition. He was only four days away from reaching Camp LXV.

Brahe waited four months at Cooper Creek for Burke and the group to return before returning to Menindee. Before he left, he buried a month’s worth of supplies near a coolabah tree and carved instructions into the tree, reading ‘DIG 3FT NW APR 21 1861’. And so, the famous ‘Dig Tree’ was born!

Just nine hours after Brahe left, Burke’s (now) trio returned to Cooper Creek, where they found the cache of food. Burke decided against following Brahe back to Menindee, assuming they wouldn’t be able to catch up or even survive a trip that long. Instead, he chose to head towards a police station at Mount Hopeless, 241km southwest of Cooper Creek. Before leaving, they, too, buried a message detailing their plans. They were extra careful not to leave any trace that they’d been there, which would later be their undoing.

While Burke’s trio headed for Mount Hopeless, Wright’s party were forced to rest at Bulloo River due to extreme heat and illness. Ultimately three of the party, Charles Stone, William Purcell, and Ludwig Becker, would die of malnutrition and dysentery.
Wright’s party continued and encountered Brahe’s party along the way. They joined together and headed back to the Dig Tree, arriving in May. Burke, Wills and King did such an excellent job of hiding their tracks that Wright and Brahe assumed the supplies remained untouched. ?

A couple of weeks later, Wills returned to check the Dig Tree to see if anyone had returned for them. He saw no trace of Wright and Brahe having been there, so he thought nobody was looking for them.

The Month of Death

On the 5th of June, 1861, William Patton died. ?
Once Burke’s trio ran out of supplies, they lived off fish and raw nardoo. If not prepared properly, nardoo can cause beri-beri (vitamin B1 deficiency) due to an enzyme that breaks down thiamine, and this made Burke, Wills and Kings’ health decline even faster. Towards the end of June, Burke and Wills died of malnutrition just days apart and not far from Cooper Creek.

Wills was the first to die after urging Burke and King to seek aid from the Yandruwandha people. Wills final diary entry was written on the 29th of June and said, ‘weaker than ever … my legs and arms are nearly skin and bone’.
Eventually, they found the Yandruwandha people, and King accepted their help, saving his life. Later, in a testimony, King would say,

‘They appeared to feel great compassion for me when they understood that I was alone on the creek, and gave me plenty to eat.’

On the other hand, Burke refused their help. Previously having shot at the indigenous people when they brought fish to his camp, Burke couldn’t let go of the prejudice with which he was raised. Burke died on the 28th of June.

While the story of Burke & Wills is quite extraordinary, it was severely lacking in its “exploration”. Burke didn’t write journals, make scientific observations, and found no efficient route to travel south to north.

Even though this expedition went down as a historic failure, its goal was achieved. While searching for the expedition party, the relief parties sent from Victoria, Queensland, and South Australia discovered valuable grazing lands, increasing European settlement. French for ‘visiting card’ or ‘calling card,’ a Carte de Visite was a small photograph, about 5.4 x 8.9cm, mounted on a 6.4 x 10cm piece of card. It was patented in 1854 by French photographer and daguerrotypist André Adolphe Eugène Disdéri. He created them intending to be used instead of the conventional text-only calling card.

Disdéri’s technique involved taking eight separate negatives on one plate to create multiple photos at once that would be printed on to albumen. It required a specialised camera, and various types were developed over the years. The two main types were:

This type of photography was very cost-efficient, allowing photography to be brought to the masses. Previously, only high-end studios could offer multiple copies of a portrait, and they were pretty expensive to do.

CDVs became quite popular in the 1860s after several prominent figures had them done. One of the first notable CDVs was that of Emperor Napoleon III, taken by Disdéri. “Cardomania” (as it became known) set in, and people began to collect and trade their CDVs with their friends, putting them on display in their front rooms and storing them in albums.

By the 1870s, Carte de Visites were replaced by “cabinet cards”, which are essentially the same but twice the size. Other notable figures with a CDV include Abraham Lincoln, Ulysses S. Grant, Bret Harte, Prince Albert and Queen Victoria.

“You yourself are the subject of your own especial consideration and that of one or two others for some considerable space of time. What a delightful thing that is.” – Charles Dickens, ‘Carte de Visite’, All the Year Round 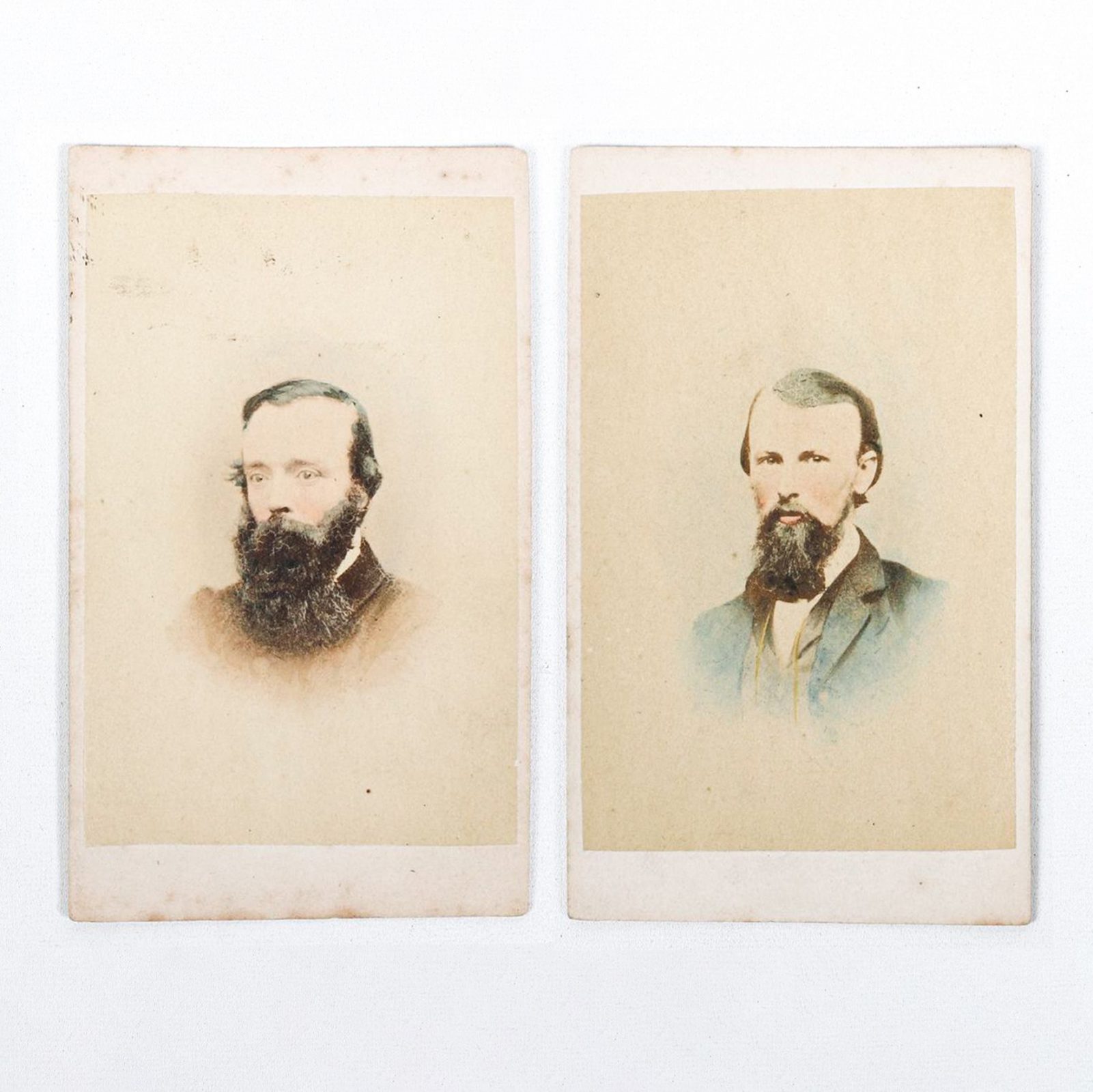 As the news of Burke and Wills death spread, the two became heroes, almost. Seeing this as a way to make money, businesses began creating souvenirs out of the portraits taken by Thomas Adams Hill just before the expedition’s departure. The portrait took many forms, including the Carte de Visite seen here. Their death occurred right in the middle of the CDV craze, so it’s no wonder these exist! We’re unsure which company produced this particular CDV, but many were created by the short-lived Melbourne & Sydney Photographic Company.

Check out the catalogue for our upcoming Rare Books, Photographs & Works on Paper auction.

David Bromley: The Colours of Innocence and Liberty

Michelangelo Buonarroti: Father and Master of All the Arts